Research update: Why teamwork is crucial if you want to innovate 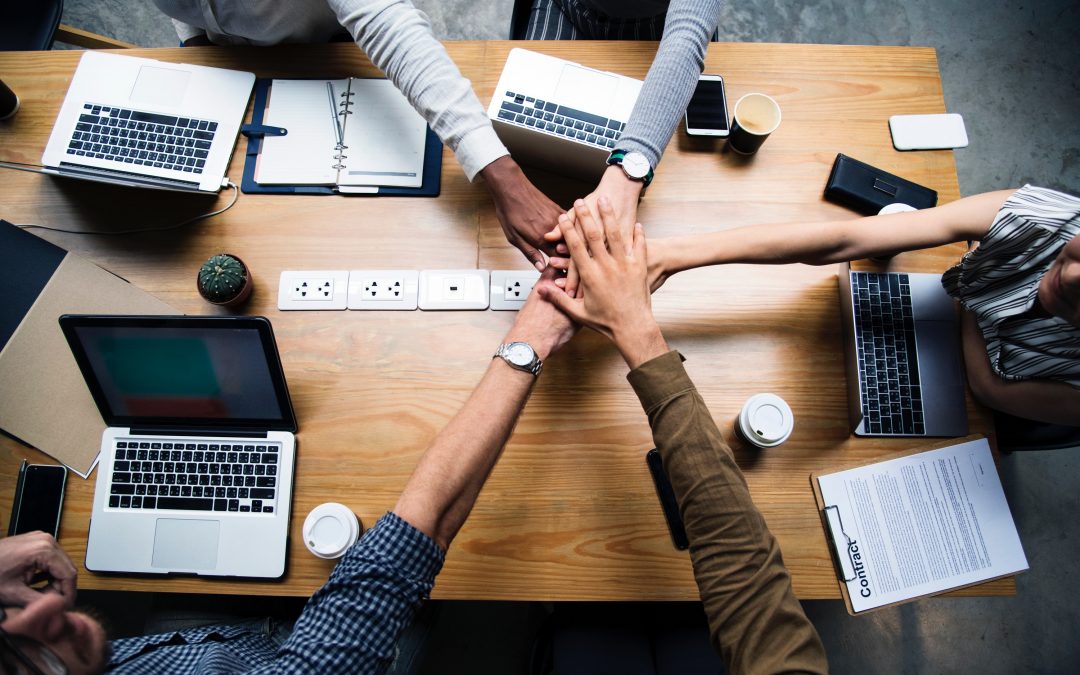 Gone are the days of the leader who knows it all and who tells his/ her team what to do. If you really want to be innovative, facilitating teamwork and learning is key. That’s what Dutch researcher Mieke Koeslag-Kreunen found after studying the role of leadership in team learning. ‘A leader can never know more than the team’

Mieke became interested in the phenomenon of team learning when she started working for a Dutch university of applied sciences. She was the one responsible for renewing the curriculum and decided that it shouldn’t be done top down, but by having the different disciplines work together. However, it appeared to be a difficult task to really get the different teams to work together. Mieke: ,,It got stuck at the level of ‘I think differently than you do.’ I wondered: how do I make this work?”

She decided to make teamwork and the influence leadership has on it the topic of her PhD. She started studying literature on education, but was inspired by her promotor ​Wim Gijselaers (Maastricht University) to also have a look at articles on teamwork. “If you want teamwork to be effective, you can look at the processes. If you see team learning behavior, then teams are effective. I looked at how leadership influences that.”

Leadership style and importance of the task

Mieke found that the leadership style and the task a team has to fulfill both influence the outcome of teamwork. Mieke: “Certain teams come together and coordinate tasks. They’re not looking for innovation, but want to finetune existing processes. The leadership in that kind of teams is very transactional: coordinating, regulating, keeping a close watch. The main goal is to find harmony and consensus. In those teams, problems are solved at an individual level.”

She also saw a different, more collective kind of team: ,,They have long discussions, even constructive conflict. They act upon the differences within the team and come to new insights. The leadership in those teams is very remote and transformational. Team members stimulate each other and tackle problems at the team level. The leader keeps more distance and is more focused on the team as a whole.”

The latter one appeared to be the best one to facilitate innovation. In other words: if innovation is key, a team needs the space to be creative and come up with new ideas. A leader should facilitate instead of dominate and should be focused on his/ her people instead of on the task at hand. Mieke: “If you want innovation, you shouldn’t be too focused on the task itself. Rather, you need people-oriented leadership. That stimulates communication and creativity much more.”

An important condition for teams to be able to learn together is psychological safety. This is the belief that an employee will not be punished or humiliated for speaking up with ideas, questions, concerns or mistakes. If people feel safe to speak up and bring their full selves to work, it’s much easier to experiment and bring up new ideas. Because making mistakes is an important part of innovation. “An absolute prerequisite”, according to Mieke.

Also, teams need to be aware of the importance of innovation for the task at hand. Mieke: “In case a team doesn’t see that importance, more vertical leadership is needed in order to empower teamwork. Once the team does see the importance, it becomes way easier and more obvious for the team itself to build on each other’s knowledge and to work together in order to generate new ideas.”

Mieke sees a big shift from top down leadership and hardly switching between different leadership styles towards a more collective, shared kind of leadership where the leadership style depends on the output that’s needed. “A leader doesn’t have the solution anymore, but needs his team in order to find that solution. He must certainly play a more facilitating role, whilst also making sure that innovation isn’t done for the sake of innovating.”

That kind of leadership will make sure you get the right results in the long run. Mieke: “We often start from the wrong assumptions. We come together, someone has to take the lead and we assume that all will be fine. But not having the right focus and leadership can sometimes be life threatening, like in the army or in a hospital. That’s why we should make sure to be responsive to what’s happening around us, instead of spending so much time just chatting away.”

She continues: “As a company, invest in the cooperation between people. The challenges that we’re facing are complex, so you need individuals to share their knowledge at a team level in order to get to collective knowledge and new ideas. Let them reflect and give each other feedback. You can’t keep up with it all as an individual. A leader nowadays can never know more than the team.”

So how to find that right leader to facilitate all of this? Mieke: “Look for someone who has not only been successful, but who also knows what it is like to fail and who learned from it. Find someone who has a drive for the customer and for the output of your company. Such a leader should put the company’s interest first. He’ll be able to give his team a lot of space and will not be threatened by their input. Because of that space, the team will come up with new ideas that the leader had never thought of before.”