How to lead when you don’t have all the answers 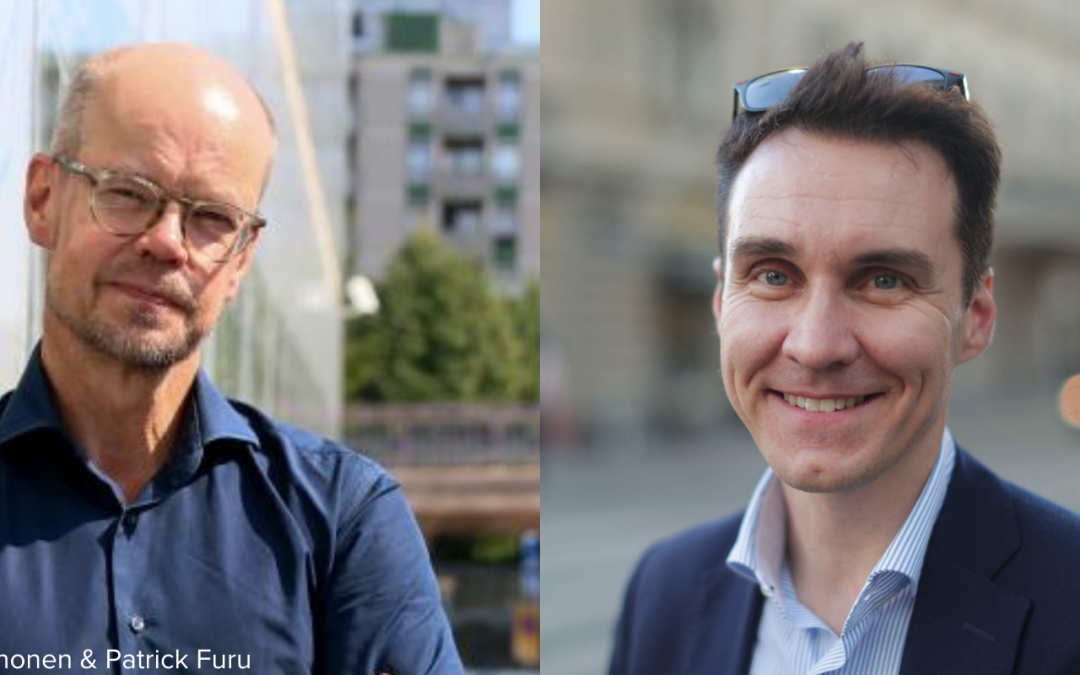 How does an effective leader behave? The answer to this question changes over time, but during the past year, the change has been magnified. There is at least one simple question to test how leadership has changed. That question is: Does the leader have to have the right answers? Olli-Pekka Heinonen describes the situation over 25 years ago:

– I became the minister of education in 1994, and back then there was a strong belief that the decision-makers had the right answer and that they were even supposed to have the right answers.

Leaders were not only supposed to have the answers but once they made a decision, they assumed that implementation and change of behavior would automatically follow:

– Leaders then believed that decisions meant change. But I would say that over the last 20 years these two assumptions (leaders have the right answers, and decisions lead to change) have both failed.

The ability to plan and predict has been impeded seriously. The context in which leaders and organizations operate today has become more complex. Some call this the VUCA (volatile, uncertain, complex, and ambiguous) world. The consequence according to Olli-Pekka is:

– Leaders have to admit that we don’t know, and we don’t have the right answers. And that is a painful sentence to say out loud.

How do leaders then solve this problem of not having the answers? How can leaders support the seeking of answers and solutions to problems that are harder to grasp?

A straightforward, more top-down type of leadership may work well in clearly defined situations and for problems that do not require many creative problem-solving capabilities. However, when trying to solve complex problems, the leader’s role changes profoundly. As Olli-Pekka says:

– The old view of leadership emphasizes control and power. That leads to the idea of immediately solving a problem once they appear. Then the problem is jumping prematurely to conclusions.

Solving complex problems, however, is not a question of understanding all the parts that constitute them as we would do with simple problems, but it is rather to understand how those parts interact in a system. We are working in networks and ecosystems with an enormous amount of interdependencies. A leader’s job is to help people to understand these interdependencies and to create connections within these networks.

All problems even moderately complex are usually connected to people. Therefore, leaders have an important role in enabling the people to collectively solve these problems. Even more importantly, leaders are not the ones that solve them by themselves. As Olli-Pekka claims:

– It means that you as the leader cannot solve those problems on behalf of others, but you must involve those people. That is the only way that you can have some kind of balance going forward.

One prerequisite for involving people and enabling them to contribute towards effective problem-solving is to create an environment of trust. For one, the leader should initiate the trust-building by first showing trust in others. Secondly, research in high-performing teams shows that the number one characteristic of high performance is psychological safety.

According to Amy Edmondson “Psychological safety is a belief that one will not be punished or humiliated for speaking up with ideas, questions, concerns, or mistakes.” This is a team-level characteristic. It means that every team member can influence how psychologically safe it is to work in the team. Leaders can influence their teams’ psychological safety by admitting that they don’t know, by encouraging people to express dissent, and by celebrating mistakes. However, smart leaders quickly realize that the team must solve problems collaboratively, and thus they give space to and infuse trust in team members to work together to generate solutions.

A final important characteristic of the leader in enabling the solving of complex problems is the ability to sense and articulate the team’s tentative solutions. Here the leader needs to engage in the discussions, not as someone chairing a session but rather as an active listener, and try to express what seems to be the common viewpoints and the shared direction, as well as to articulate decisions. Olli-Pekka calls this the ability to identify “pre-cooked” decisions:

– It often happens that there seems to be enough common ground and understanding that a certain type of step forward could be accepted by everybody. Then the leader may suggest at the right moment that “maybe we could go this way”. In that case, the leader only picks up what he or she is sensing.

Consequently, we can describe the leader’s job in solving complex problems as one of facilitating a collective learning process. In a nutshell, what is required from the leader are four main activities. 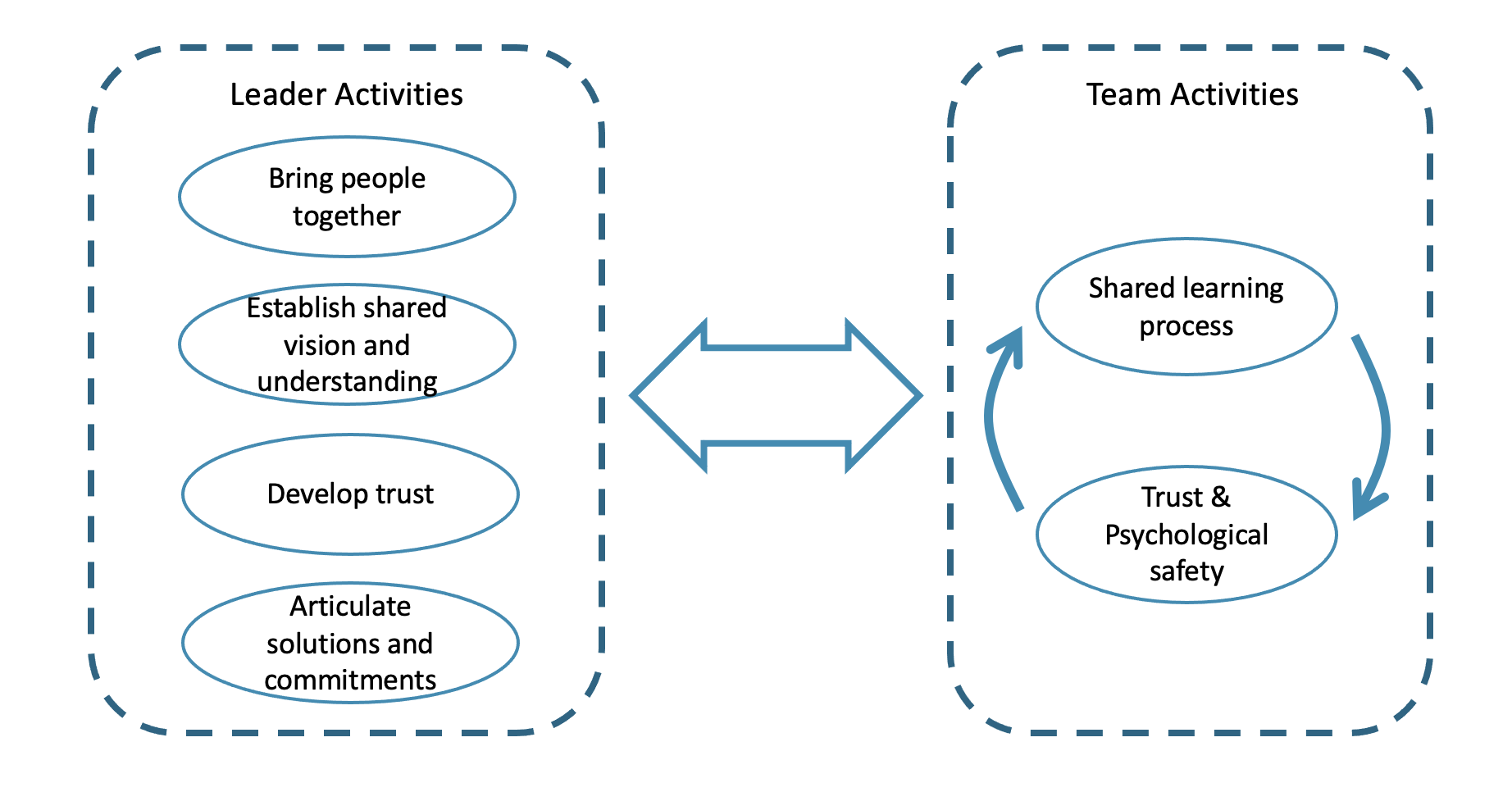 When we turn the focus from the leader to the teams, two key elements accelerate solving complex problems. The first is the shared learning process. According to Olli-Pekka:

– The shared learning process creates trust. Especially when you are dealing with highly educated professionals whose professional identity is based on having the right answer. The tricky part is to bring these different specialists together to utilize each other’s competencies to solve wicked problems. And they have to admit that they don’t know the answer. After admitting that, everything is possible. That’s when the learning starts.

Increased psychological safety feeds back into the process of collectively solving complex problems thus making it a self-reinforcing cycle of shared learning and increased trust and psychological safety. This positive cycle is the goal of every leader, as Olli-Pekka says:

– It’s a positive development cycle which good leaders should get rolling, not only inside their own organization but with customers, networks, and the whole system of which they are part.

Leaders are thus facilitators of a shared learning process that aims at collectively solving complex problems.

To hear more, listen to the TalentMiles Talks podcast ”How to lead when you don’t have all the answers” with Olli-Pekka Heinonen and Patrick Furu.